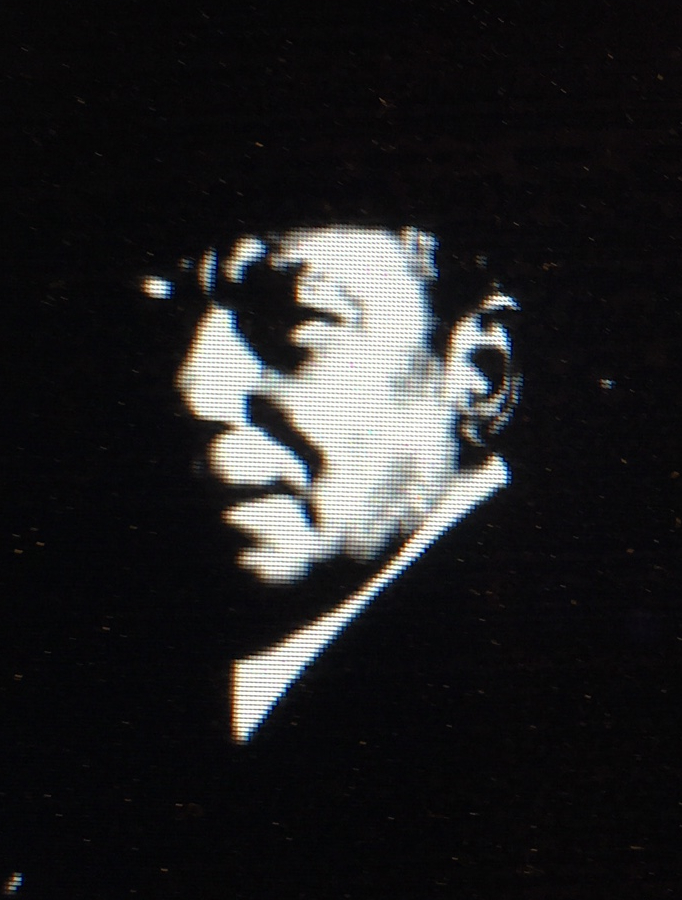 Mr. Faucon later married Marie Madelene Pons (1867-1947), the daughter of Pedro Pons and ?.  She was born in Louisiana of Spanish immigrant parents.

Xavier F. Faucon later moved to Nashville, Tennessee where he and son, Leon P. Faucon, ran a restaurant.  When Leon became ill in 1925, he came to 621 West Bay View Avenue, where he died on January 6, 1926.  His sister?, Mrs. S.F. Lucas, remained at Nashville.  X.F. Faucon retired to Biloxi after his son's demise.  He made several short visits to France to see his sisters, Mrs. Celena Saucet and Euphroaci Faucon at Nay-Bourdettes near Lourdes in southwestern France.

Another unusual dish is one still served and sought out in Nashville, Tennessee. It is raved about till this day, created by a transplanted New Orleans chef born in France. His café can be seen in the center of this old photo of Union Street in Nashville. His name was Xavier Faucon and his specialty was the “Faucon salad”.

In an article published in the New York Times, April 6, 2003, Julia Reed (who was was with Bobby Harling, author of “Steel Magnolias”) wrote about a dining trip they made to Nashville’s Belle Meade Country Club that serves “(the kind of food that doesn't really exist anymore but that used to be found on ocean liners like the Andrea Doria and in hotel restaurants like Washington’s late, lamented Jockey Club) spiked with a dose of (black) Southern soul.” There, she wrote, “you will find ladies enjoying a cup of vichyssoise and nibbling on a canned pear stuffed with cream cheese and a date-nut-bread finger sandwich, but also scarfing down fried hot-water corncakes dripping with butter.” She continued, “Bobby and I ate platefuls of those same fabulous corncakes, along with the Faucon salad (iceberg and romaine lettuce topped with chopped hard-boiled egg, crumbled bacon and homemade ‘bleu’ cheese dressing)”. The “Faucon salad” they enjoyed at the country club in Nashville actually had its birth in New Orleans.

The 1887 New Orleans City Directory lists Paul Faucon as a cook at the Cosmopolitan Restaurant, residing at 96 Ursulines. Xavier Faucon, residing at 441 N. Rampart Street, had an establishment at 134 Canal Street (with Xavier Faucon and René Lubeug listed as proprietors).

After gaining a reputation as an exceptional cook running a restaurant in New Orleans in the 1880s (he also owned a restaurant in Biloxi, Mississippi), Xavier Faucon moved to Nashville, Tennessee, where he and his son, Leon Paul Faucon, ran a café. People were captivated by the “Faucon salad”. It was the dressing’s ingredients that were so satisfying. When Leon became ill in 1925, he returned to Biloxi, where he died on January 6, 1926. Xavier left Nashville for Biloxi, as well, retiring in 1926. In a farewell interview with Faucon, it was mentioned that an acquaintance once followed Faucon all day in his restaurant but was unable to uncover the salad's secret.

Back in New Orleans at a recent meeting of the New Orleans Cultural and Culinary Preservation Society (aka Tales of the Cocktail) held at Arnaud’s Restaurant on Bienville Street in the French Quarter, Arnaud’s Chef Tommy Digiovanni’s classic Creole menu included a choice of “faucon salad” or onion soup en croute; gulf fish pipérade or roast pork tenderloin with smoked onion and apple marmalade; custard tart; Herbsaint liqueur; and coffee. Kevin Faucon claims his great grandfather was a master chief at Arnaud's restaurant in the 1920s and 30s, or perhaps earlier before moving to Nashville.

Immensely popular in Nashville, the “Faucon salad” is still served there - apparently in only three or four places: J. Alexander’s, Jimmy Kelly’s (since 1934) and the Belle Meade Country Club. Jimmy Kelly’s Steakhouse menu lists “The Original Faucon Salad” as “mixed salty bacon, hard boiled eggs and bleu cheese served on our iceberg lettuce - $6.75”. It is also served at the Cumberland Club, a private club (established 1957) situated atop a Nashville skyscraper (the City Center with a view over the state Capitol).

By 1964, a motivated Junior League member had managed to either obtain the recipe for the salad from Faucon’s descendants or imitate the dressing. It appears in the old “Nashville Seasons” Cookbook, attributed to Mrs. Jack Bond:

Add oil to uncooked eggs for mayonnaise. Add lemon juice and other seasoning to this mixture. Put toothpick in garlic clove so it can be removed. Mash hard boiled eggs, onions and cheese together. May add 1 tablespoon bought mayonnaise if desired (helps keep it from separating). Let stand 24 hours and then remove garlic.”

Seems like removing the garlic is more of a Nashville thing than a New Orleans thing.

Left in April by rail for New York and returned to Biloxi in mid-June.  Six days to cross the Atlantic.  Visited the battlefields of WWI and other areas of France including Paris.  France was popular with American tourists and business was excellent.  The French nation had recovered from the scourges of the Great War.  Mr. Faucon stated that his first trip to America took 105 days on a sailing vessel.(The Daily Herald, June 19, 1922, p. 3)

In late May 1928, Xavier Faucon and daughter, Marie F. Lucas, departed New York aboard the La France for Europe.  Their itinerary included stays at Biarritz, Vicky, and Paris.  Mr. Faucon and Mrs. Lucas planned a fall return to Biloxi and visiting relatives and friends in France.(The Daily Herald, May 24, 1928, p. 2)

In early August 1930, only a few months after the demise of Xavier F. Faucon,

Selected as an alternate with Biloxi Tennis Club in a match against Loyola University tennis team in May 1931.  Six singles and three doubles matches held on White House Hotel courts.(The Daily Herald, May 4, 1931, p. 8)

The following Faucon Family members are buried at Biloxi Cemetery