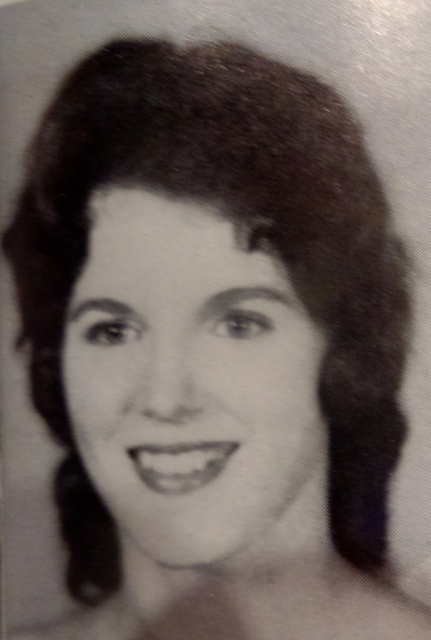 "While listening last night about 10:30 o'clock to a radio program, George Ahern, age 53 years, 626 West Beach, was stricken with a heart attack and died. The body was found soon afterward by his son, George, who happened to be passing by in his taxicab and saw the body on the floor. Mr. Ahern Saturday had gone to the home of his sister, Miss Anna Ahern, 845 East Howard, who was in New Orleans for a short visit. His brother, John Ahern, also resided there, but did not hear fall to the floor when he was stricken. The body was taken to the Biloxi Hospital, where efforts were made to revive Mr. Ahern. He was a native of Baton Rouge, but had resided in Biloxi nearly forty years. He originally was employed as a jockey in New Orleans and then was in a dray business, buying and selling mules. He later operated the U-Drive-It and Yellow Cab Taxi Co., after which he was in the restuarant business running several small establishments. At the time of his death he was employed by the county. He formerly was active in the Biloxi Lodge of Elks. Mr. Ahern is survived by his wife, Alice Lynd Ahern; three children, George Ahern Jr., Althea Ahern and Althia [sic] Ahern; three brothers, Eugene, John and Dave, Biloxi; two sisters, Mrs. W. T. Brinson and Miss Anna Ahern and a grandson, Albert Ahern. The funeral will be Tuesday, at 10 a.m. from the Bradford Parlors with services under the auspices of the Catholic Church and burial in Biloxi City Cemetery."(The Daily Herald, November 20, 1939)

George won the first Thanksgiving Day Handicap. His picture is in the trophy room of the New Orleans Fairgrounds racetrack aboard a horse called Sweet Nell.

Bradford-O'Keefe Funeral Records, Book 27, pg 169: George was 53 years, 6 months, 17 days old when he died from "cerebral hypertension or cerebral hemorrhage and chronic myocarditis". He was the son of Eugene Ahern and Maggie Flood, both natives of Ireland.

Nicholas Ahern and Allyne Carolyn Ripoll had the following children:

Eugene Ahern Jr. and Octavia Mathias had the following child:

David Ahern and Julia Donegan had the following children:

DAVID EMMETT KONZELMAN was born about 1938 in Biloxi, Harrison, Mississippi, USA. He married MARY ANN RUSHING. She was born on 29 Jan 1945.

Jean was born October 25, 1941 and passed away September 28, 2013. She was a lifelong resident of the coast.  She is preceded in death by her parents, George Ahern (1912-1947) and Juliette Gill Ahern (1918-1984); stepfather, Herbert Campbell; brother, Albert Ahern, Sr. (1939-1984); and sister Althea Ahern Bass (1944-1990).  She is survived by her husband Barrow; 2 daughters, Talie (Michael) Janus and Nikki (Greg) Nolte; 1 brother, George (Sondra) Ahern; 2 special nephews, Derek (Stacy) and Danny (Julie) Bass; and 1 special niece, Ashley (Will) Hibberts; 9 grandchildren; and 1 great granddaughter.  Jeanie, affectionately known by her grandchildren as "Muzzy" had her most enjoyable moments spending time with them. She was an active member of Our Lady of Fatima Catholic Church. She served on the Bereavement and Feeding the Priest Committees. She will be missed by her family and remembered as a beautiful, giving and loving person.  A Mass of Christian burial will be held on Tuesday, October 1, 2013 at 2:00 p.m. at Our Lady of Fatima Catholic Church. Family and friends may visit from 1:00 p.m. until 2:00 p.m. Interment will follow at the Biloxi City Cemetery. The Howard Avenue Chapel of Bradford-O'Keefe Funeral Home is in charge.

ANGELA RENEE5 MATTHEWS was born about 1983.

JAY BRENT5 TAYLOR was born on 08 Jun 1971 in Jackson, Hinds, Mississippi, USA. He married Alicia Mae Nelson, daughter of Lynn Albert Nelson and Judith Ann Goodman, on 15 Aug 1996 in LasVegas,Clark,NV. She was born on 28 Oct 1971 in San Francisco, California, USA.